Speak English fluently using was and were

The post is about How to use was and were information but also try to cover the following subject:
– How to make WH-Questions?
– Basic English grammar
– Past Continuous Tense

Was and were used in Past Tense. Or ‘was, were’ is used to explain past events.
Was – is used with I, he, she, it, John (any name)
Were –used with we, they, you, (Plural subject)

You – ‘Were’ always sits with ‘you’. Although ‘You’ is Singular Number.

In a word, they are called Be Verb. It is also called Helping Verb. Was were used as a helping verb. Sometimes they are used as Main Verb.

If ‘Was were’ is used in a sentence, then the sentence should be taken as Past Indefinite Tense. And if ‘ing‘ is added to the verb which means Was / were + Verb + ing then it will be Past Continuous Tense.

How to use was and were correctly?

Daily use Sentences with Was and were

Questions with was and were

How to make Interrogative Sentence?

When we make an Interrogative Sentence, we will place the Be Verb before the subject and the Interrogative sign at the end.
Was/were + S + O + ?
For example –
Was I wrong?

WH-Questions with was and were

If you have to use Wh-Word in a sentence, then the sentence structure will be like this:
Wh-Word + was/were + S + O + ?
For example –

Was and Were in Past Continuous Tense

Past continuous Tense is used when something was happening or was going on for a while in the past.

Sentence Structure: Subject is followed by was or were according to person and number and ‘ing’ is added at the end of the main verb. 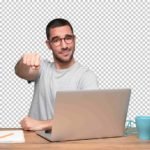 All Wh Question Words in English 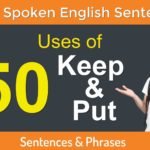 Use of Keep and Put 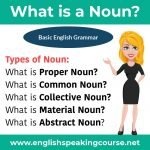 What is a noun with example – Basic English Grammar 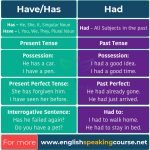 Have Has Had Basic English Grammar